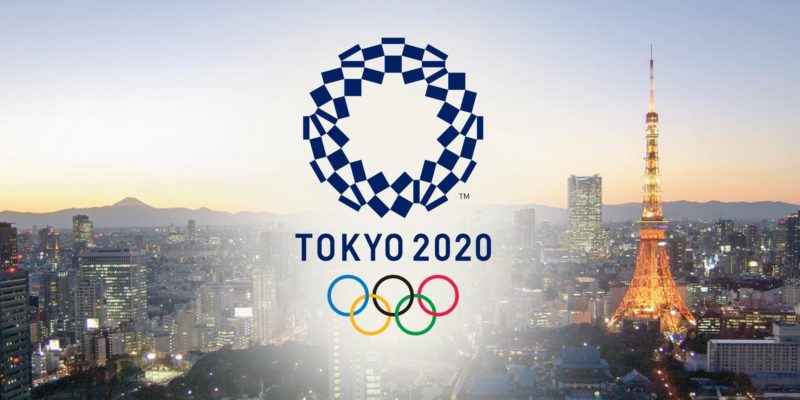 The International Olympic Committee (IOC) has officially announced that the Japan 2020 Summer Olympics in Tokyo will be postponed due to the coronavirus pandemic.

Intial set-up of the 2020 Summer Olympics

The 2020 Summer Olympics, which were supposed to be the 32nd Olympics in a row, will be held in the Japanese capital Tokyo. Tokyo will host the Olympics for the second time, the first time this happened back in 1964. Then, 56 years ago, Japan became the first Asian country to host the Olympic Games. Following the Japanese economic miracle, the 1964 Olympic Games were for Japan a symbol of the final recovery after the defeat in World War II. Note that the 2020 Olympics could have been the third in a row for the Japanese capital, but because of the Sino-Japanese War, Japan refused to host the 1940 Olympics. Then the event was moved to the capital of Finland, Helsinki, but the Olympics were not destined to take place there either. The Second World War began and the 1940 Games were finally canceled.

Three cities were interested to host the 2020 Olympics: Madrid (Spain), Istanbul (Turkey) and Tokyo (Japan). Until May 24, 2012, Doha and Baku were also applicants. Madrid submitted an application for the third time in a row, and for the Turkish city this application was already the fifth. One year before the announcement of the winning city in October 2012, according to the quotes of bookmakers, Tokyo had the highest chances (about 55%), the odds of Istanbul were estimated lower (about 35%), the victory of Madrid was the least likely (about 10%).

Voting took place in two rounds, and in the first round had to hold an additional vote. Tokyo received 42 votes, while the Turkish and Spain’s capital got 26 votes each. And members of the International Olympic Committee had to choose from these two cities – who would compete with Tokyo in the final round. Istanbul won – 49 votes to 45. The capital of Japan got the opportunity of hosting the OG with a big difference – 60 against 36. The decision was taken on September 7, 2013 in Buenos Aires (Argentina).

The opening ceremony of the Games will take place on July 23, 2021. Competitions will last until August 8th. The Paralympics are scheduled from August 24 to September 5, 2021. These dates were agreed by the International Olympic Committee (IOC), Tokyo City Administration and the Japanese authorities. The decision was made following a meeting of the IOC Executive Committee via teleconference.

On March 24, it became known that the IOC decided to postpone the 2020 Olympics because of the coronavirus pandemic. This fact was announced after a telephone conversation between Japanese Prime Minister Shinzo Abe and IOC Head Thomas Bach. At the same time, the IOC specified that the Games should be held no later than the summer of 2021, and they will continue to be called the Olympic Games 2020 in Tokyo.

Japanese Prime Minister Shinzo Abe and CIO President Thomas Bach agreed to retain the “Tokyo 2020” brand despite a one-year delay in the competition.  The logo and the medals will be also kept, as well as the 2020 olympics mascots Miraitowa and Someity. The Olympic flame for the 2021 Games, which arrived from Greece to Japan on March 20, was kept in Fukushima for a month, after which it was moved to the capital Tokyo. As of yet, there was not taken any decision regarding Tokyo 2020 tickets refunding.

Countries refusing to send athletes to Tokyo in 2020

Before the long waited announcement of the Games’ postponement, the National Olympic Committees of Germany, Norway, Spain, New Zealand, the USA, France and other countries made a call to postpone the date of the Japan 2020 Olympic Games. The Olympic Union in the Federal Republic of Germany supported the postpone of the Olympics. German politicians also criticized the IOC’s wait-and-see tactics regarding the tokyo olympics dates.

The National Olympic Committee of Canada announced on March 23 that it will not send its athletes to the Games in 2020 due to the risk of contracting viral pneumonia COVID-19 .

The Australian National Olympic Committee also advised its athletes to prepare for the Olympics to take place in the summer of 2021.

Guy Learmonth, the leader of the British gymnastics team at last year’s European Indoor Championships in Glasgow, was the first athlete to ask for the postponement of the Olympic Games.

“We have no idea about the seriousness of the situation, and what we have seen so far could be just the beginning of something very bad. Of course, the IOC and the whole world are looking for a successful Olympics, but for that, I think the event should be postponed. postponed at least until October or at the latest by 2021 or 2022 , ” said Guy Learmonth. Martyn Rooney, a bronze medalist in the 4x400m relay at the Beijing Olympics in 2008 and European champion in the 400m in 2014, joined his compatriot: “I believe that most athletes are pragmatic and aware that their health is a priority, as well as their teams. “

Possible situation to consider for the Games

2021 Summer Olympics in Tokyo may be held without spectators due to the situation with the coronavirus. According to the Japanese media,an option is being considered in which the Olympics will be shown only on television. Such a solution will satisfy multimillion-dollar television contracts and is seen as an alternative to canceling an event or rescheduling.

Japan, which has registered a relative big number of cases of infection with the new coronavirus, has been under increasing pressure from international sportsmen and sports organizations around the world to reschedule the Games due to escalating concerns for participants’ health and impact. virus on Olympic training and qualifications.

The IOC referred to a possible further postponement, until 2022, of the Olympic Games, saying: “Our Japanese partners and the prime minister have made it very clear to us that Japan will not be able to administer a postponement beyond next summer.”  The postponement is a “huge” task for both the Tokyo Olympics organizers and the whole of Japan.

“The postponement will involve restrictions and compromises from all involved. There is no deferral model, but the IOC is confident that all complex parties will come together and provide wonderful Games,” concluded the International Olympic Committee.

Tokyo will be the host of the first green Olympics

Japan wants to host the first Olympic Games based entirely on renewable energy. If it succeeds, it could set a valuable example and mobilize future organizing countries to follow its model.

The Japanese government is building systems to supply electricity for the Olympic Games strictly from renewable sources – solar, wind – as part of efforts to promote a sustainable lifestyle.

Not only the stadiums will have renewable energy but also the Olympic Village and the press center.

The organizing committee also plans to eliminate all unnecessary carbon dioxide emissions, ensure that all products adhere to a strict sustainability code and use rental services so that 99% of the goods used will be recycled or reused. One such example is athletes’ uniforms, which will be made from recycled materials and Japanese citizens have donated used electronic devices from which the medals were made.

Furthermore, there are plans to filter rainwater for use in the arena where the competitions will take place.

Taxis without drivers and electric machines may provide transportation

Toyota has announced that it will use its e-Palette autonomous vehicle to transport athletes, journalists and officials through the Olympic Village.

But what about the spectators? Well, in July 2018, an experiment with driverless cars was started by the ZMP company together with the taxi company Hinomaru Kotsu. About 1,500 people signed up and 96 of them ordered the taxi via smartphone. A driver was always present in the car to prevent possible incidents, but the experiment ended in August without any problems. Thus, the success of this experiment to which we add such tests planned for 2019, raises hopes that the technology can be used for the Olympic Games.

In a new premiere, Tokyo will be the first Olympics to use facial recognition technology to avoid long queues in the heat of summer but also to increase safety.

The system, which will not be used for fans, will focus on the more than 300,000 athletes, staff, volunteers and the press. Chips embedded in ID cards will be used to verify those entering more than 40 locations. This system has already been partially tested at the Rio 2016 Olympics but also at some airports in Japan.